TO
HEADS OF SCHOOLS IN THE
MUNICIPALITY OF BOURGAS

The Local Committee Against Anti-Social Behaviour Among Children and Young People (LCAABCYP) in the Municipality of Bourgas, jointly with the Police, is making inquiries regarding the activities of Christian churches non-traditional in our country, in connection with the forthcoming Easter holidays. The need to gather this material was dictated all the more by the increasing frequency of complaints by parents and suffering children, victims of a lack of information, and a lack of responsibility and control on the part of school and family.

To this end we are sending you an information sheet intended for all the pupils in the school under your charge. We leave it to you to select a suitable means, in or out of the classroom, to acquaint them with the information in the material. Whether in the form of a discussion or special lessons, you should explain the indications by which they can distinguish the sects from the Orthodox Faith traditional to our country.

We require feedback by you: in the form of your own inquiries, send information no later than 10 May 2008, addressed to Desislava Vasilieva, secretary of the Local Committee Against Anti-Social Behaviour Among Children and Young People (LCAABCYP) in the Municipality of Bourgas [stating]:

For further information and specific questions:

In connection with the forthcoming Easter holidays there has been an activation of all the churches non-traditional in our country. It consists of a campaign to attract new members from all ages and social groups. To this end we consider it necessary to draw your attention to the most basic and dangerous sects which, despite their official registration with the Directorate of Churches at the Council of Ministers, are violating Bulgarian laws, civil rights and social order. For most people it is difficult to distinguish which missionary belongs to which religious sect. We will focus on some of the most popular non-traditional churches, who are using the forthcoming Christian holidays to agitate to their own advantage, attracting new members by manipulation. Initially they all present themselves as Orthodox Christians and later reveal that in fact this is to do with a different church, “better” and “truer”.

The church’s missionaries are well-dressed Bulgarian and foreign citizens. In the town at the moment there are representatives from Japan, Germany, Ukraine and Poland. In pairs they go around private homes, parks and schools, offering publications – “Watchtower”, “Awake!” and “What does the Bible really teach us?”. In most cases, according to the complaints that have reached us so far, the missionaries from the church of “Jehovah’s Witnesses” call for more modest dress, the repudiation by young people of all forms of entertainment, the repudiation of consultations with a doctor in the case of illness, and for cutting off from the natural family, on the pretext that love for Jehovah God comes before love for oneself and one’s own parents. The result of this suggestion, not uncommonly, is depression, mental disorders and suicides. A number of children have been offered money for food and clothes, as they were “helpfully” invited to attend their meetings in the so called “Kingdom Hall” situated next to “Konstantin Preslavsky” secondary school on the Slaveikov estate. Parallel with the refusal of medical assistance, the JWs also preach refusal of blood transfusions, even if it costs the life of the patient. According to schoolchildren, missionaries of this sect act by lying in wait for them outside the school gate and on the way home. There are confirmed cases of missionaries offering their sectarian literature to children and young people who were home alone, without parental supervision. When interest is shown or literature taken, the JWs return to the same address for renewed contact, in an insistent manner offering to give help and to expound texts from their booklets, with an invitation to attend their prayer house.

The missionaries of this church are basically Americans – young people up to 35 years old, who stay in the territory of the town for not more than 2 to 3 months and on an exchange basis, after this period expires, they leave for another town to continue their mission. They are known by their traditionally immaculate dress of a white shirt, tie, and jacket with their name badge on the lapel. They generally go around in pairs, they are always smiling, they greet even strangers and, if interest is shown, they begin talking to explain from the Bible and the Book of Mormon who Jesus Christ is according to them. It is characteristic of them that they also visit private homes and, if no interest is shown, they don’t insist on immediately visiting you again. Their most widespread campaign is holding English language courses in their building at 29 Tsarigradska Street. They also invite schoolchildren, passers by and pensioners to their meetings, showing them films with a religious theme and discussing them afterwards. The Mormons speak good Bulgarian and in this way they win the sympathy of all citizens. They stay in Bulgaria on missionary service, cut off from their families, with the sole aim of publicising the work of their church around the world and attracting new members into its ranks, if possible from among young people. If you don’t wish to have contact with them it’s enough to show that you are not interested and that you don’t need their explanations. In the event of a violation of your personal rights and freedoms, you can make a complaint at the nearest police station or telephone direct on 166.

Under this heading can be included all the Protestant churches in the country, known to the general public as evangelical churches and people who are members of them as evangelicals. They can very easily be confused with the country’s traditional Orthodox Church. Their basic book is also the Bible, but they use a different translation and interpret the texts in a different way. They themselves also present themselves on initial contacts as Orthodox. Their differences with the Orthodox faith lie in the fact that they worship only the person of Jesus Christ. They do not acknowledge the divine attributes of the Holy Mother of God and all the other saints such as St George, St Ivan, St Dimitiri, St Nicholas and others that the Orthodox Church reveres. For this reason evangelicals do not celebrate name days and other feast days on the national calendar. For them celebrating a name day, Lazarus Day, Grandmother March [1st March] and other similar feast days is worship of something material and un-Christian, which the evangelical church treats as “sin”. These people lead a rather closed and restricted way of life, subject basically to Christian canons. Their place of worship can look like a very ordinary building, in which there are no icons, no candles are lit, and their priests are ordinary people who expound texts from the Bible to them. At these meetings they sing Christian songs with a popular sound, the louder the noise, the more Jesus is “praised”. Often in these meetings people present have fallen into unnatural states of trance, speaking incoherently, allegedly in ancient languages, and there is very likely a danger of mental aberrations and disorders after such a séance. They dupe their new members with free excursions in the country and abroad, with gifts of clothes, money and medicines, in this way becoming most popular among the weak strata of society. Two years ago a massive campaign of agitation on the part of the evangelical churches was carried out through free showings of the film “Jesus” before the Easter holidays. After the showings question cards were distributed to all who attended on which they filled in their impressions of the film, names, addresses and telephone numbers. In this way the evangelical churches are misusing personal data by disturbing, at their home addresses or by telephone, the persons who filled in the cards. All evangelical churches are financed by their partners abroad and in this way they gain quick and easy popularity. In the event they are misusing the known weakness of the Bulgarian nation – the worship of all things foreign.

It is typical of the sects listed above and other similar religious organisations that they disunite the Bulgarian nation and oppose it on religious principles. A feature often encountered is the disregard for national holidays and holy days, erroneously explained as unnecessary worship. In case of doubt you should in the first instance seek a consultation and personal conversation in the family with a parent; with a suitable trustworthy teacher or educational adviser; and not least with a police officer. 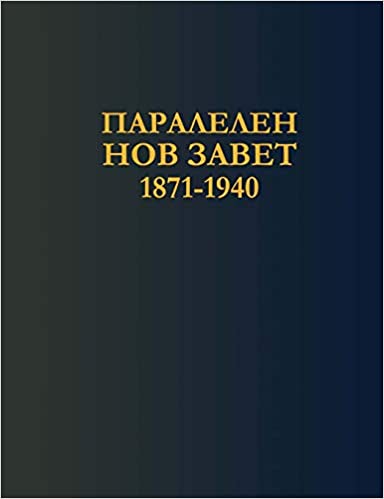 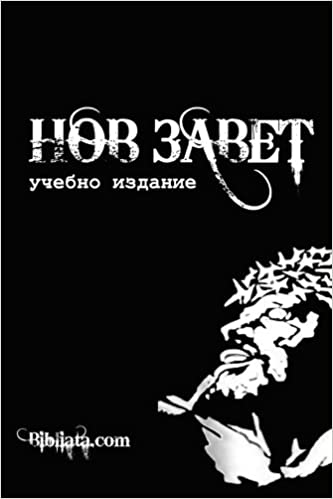 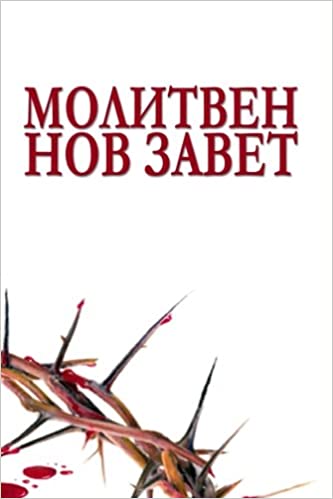 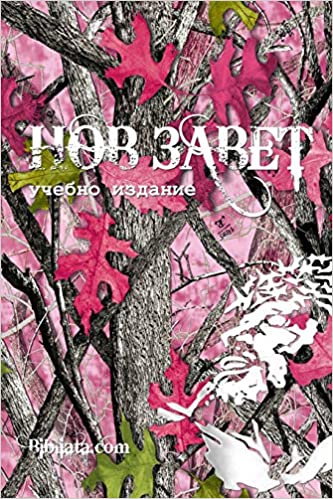 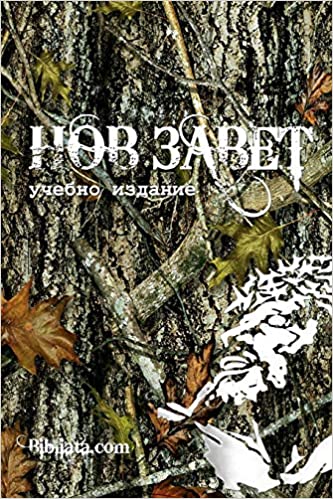 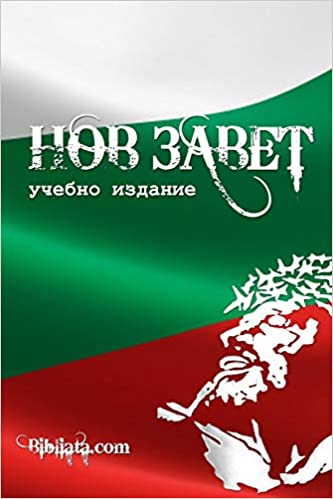 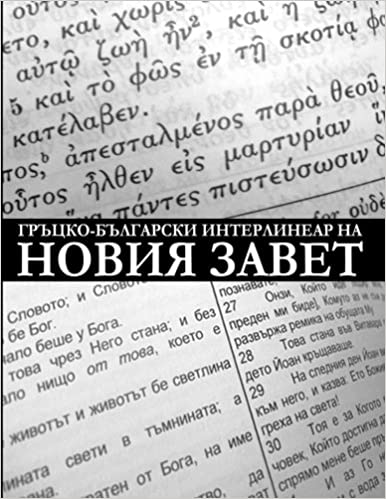 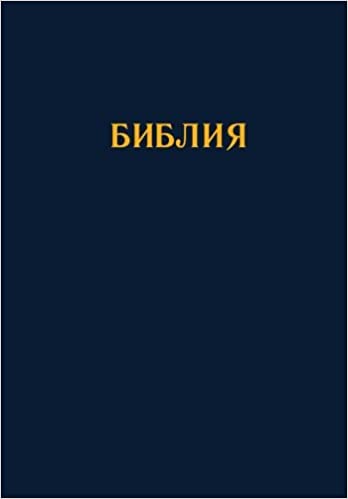 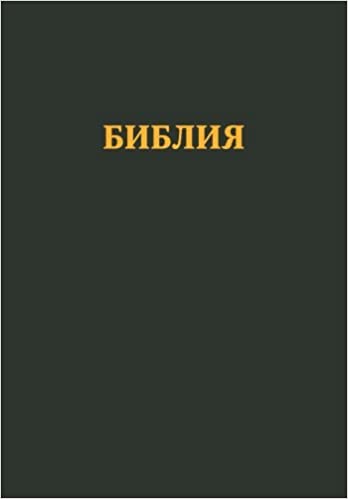